Halloween at The Old Crown 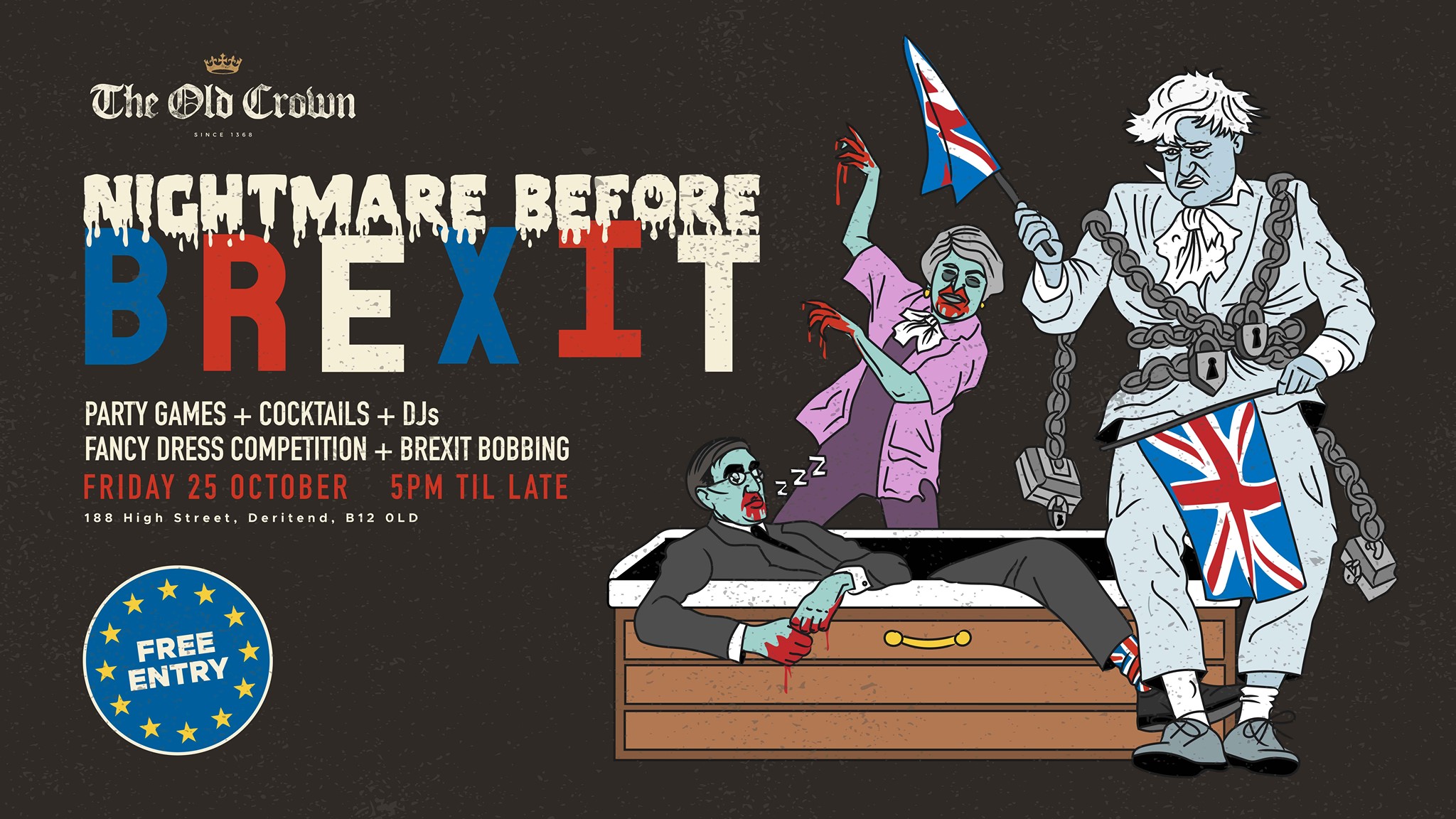 Spooky season is well and truly here. We’re ready to celebrate Halloween at The Old Crown, and you’re all invited. Come on down and experience… The Nightmare Before Brexit!

Get your Theresa May dancing shoes ordered in time for our Brexit Ball and monster mash your way across The Old Crown dance floor. We want to see serious costumes. Killer BoJo’s and zombie Tony Blair’s reaping the streets of Digbeth. The best costume we see on the night will be winning a special prize… there’s lots of room for creative entries here!

We’ll be bringing down some of our favourite local DJ’s to guide us on our way through the night, and you bet we’ll be offering a bunch of killer drinks deals and exclusive cocktails to get the party started. Who knows what those pesky politicians put in the punch?

With a whole host of wacky games to add on top of all this, you can bet the Nightmare Before Brexit will be one crazy night. Watch out for the Brexit Bobbing. It’s going to be a riot.

Entry is free so come one and come all. RSVP to our Halloween Brexit ball. 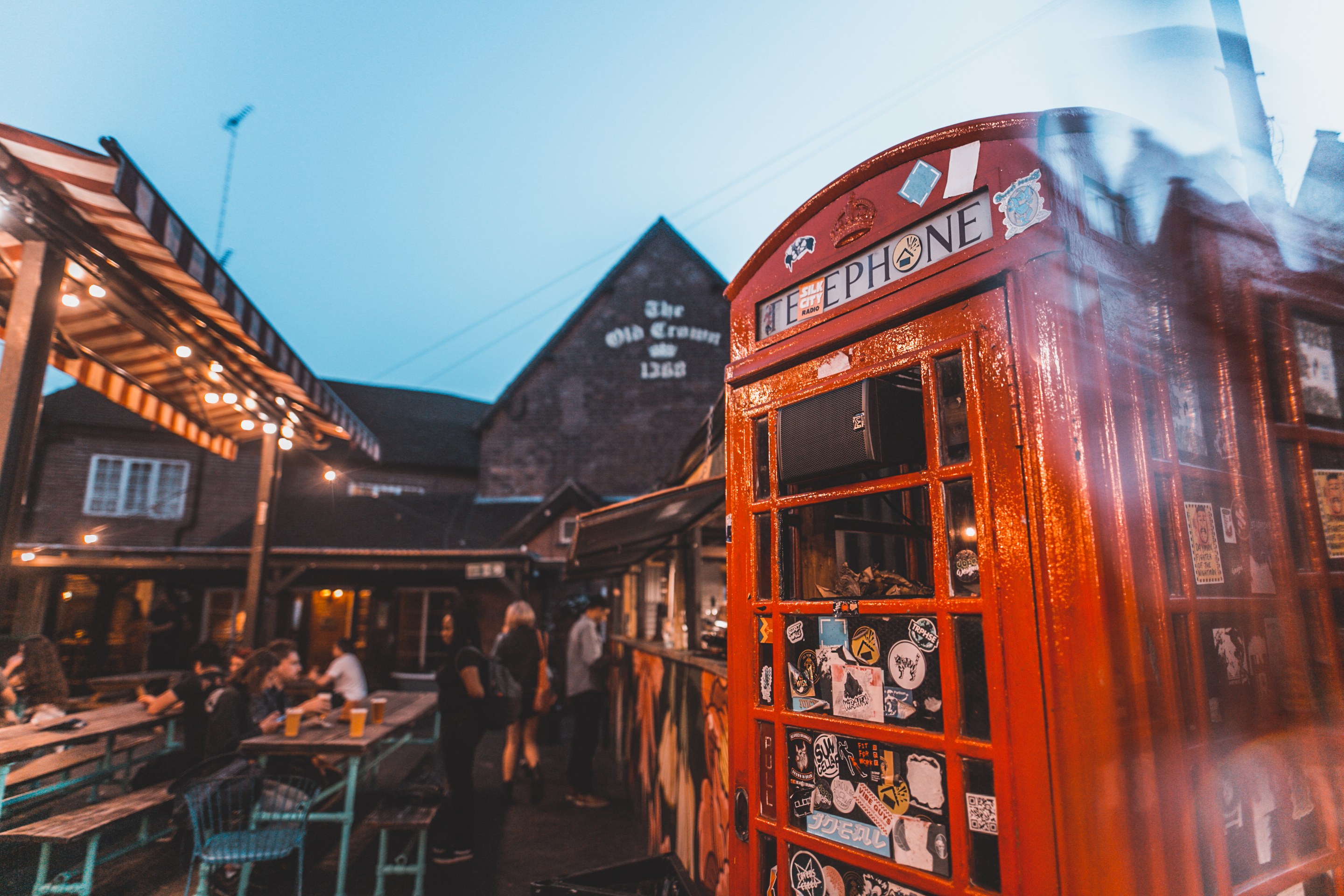 That’s right people. The Old Crown’s been spinning round the sun for 651 years. Unbelievable isn’t it?  From hosting Queen Elizabeth to being the only building left standing from the battle of Camp Hill, it’s fair to say the Old girls been round the block a bit… And in that time she’s certainly picked a thing or two on how to throw a party or two. 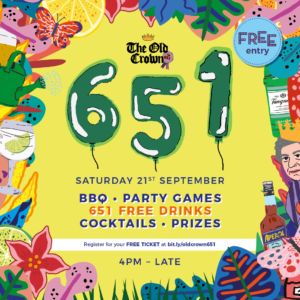 From being awarded Traditional Pub of the Year at the Midlands Food Drink & Hospitality Awards, to hosting blockbuster parties for St Patricks week and all through summer, we’re feeling the need for some celebrations. And our birthday bash is the perfect opportunity to dance, drink and dine on a wonderful summer, spring and year so far.

Come down to the ‘Crown for BBQ, exclusive cocktails, expert selectors and big prize giveaways from your favourite Digbeth beer garden. And guess what… It’s completely FREE! Register here for a ticket to bag one of our 651 free drinks… www.bit.ly/oldccrown651

A final treat for you all, you may have noticed that big white Rolls Royce in our garden… its not exactly missable. Well we’ve got big plans for it. We’ll be having it sprayed LIVE at our 651st birthday celebrations. Oh yeah, and it’s being sprayed by one of the UK’s biggest graffiti artists.

That’s all for now, we’ll be seeing you on 21st September. Everyone report to The Old Crown! 5PM SHARP. 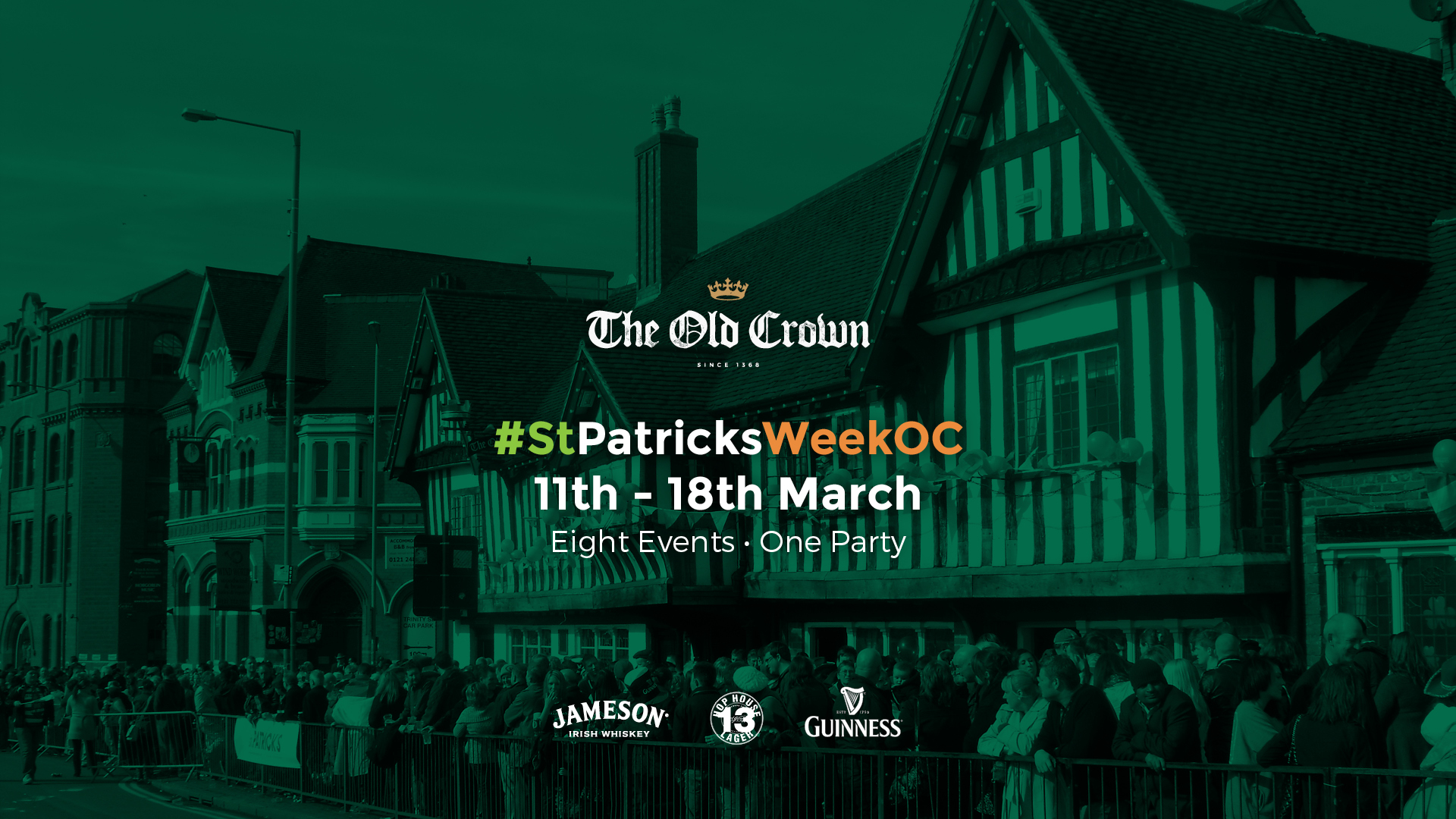